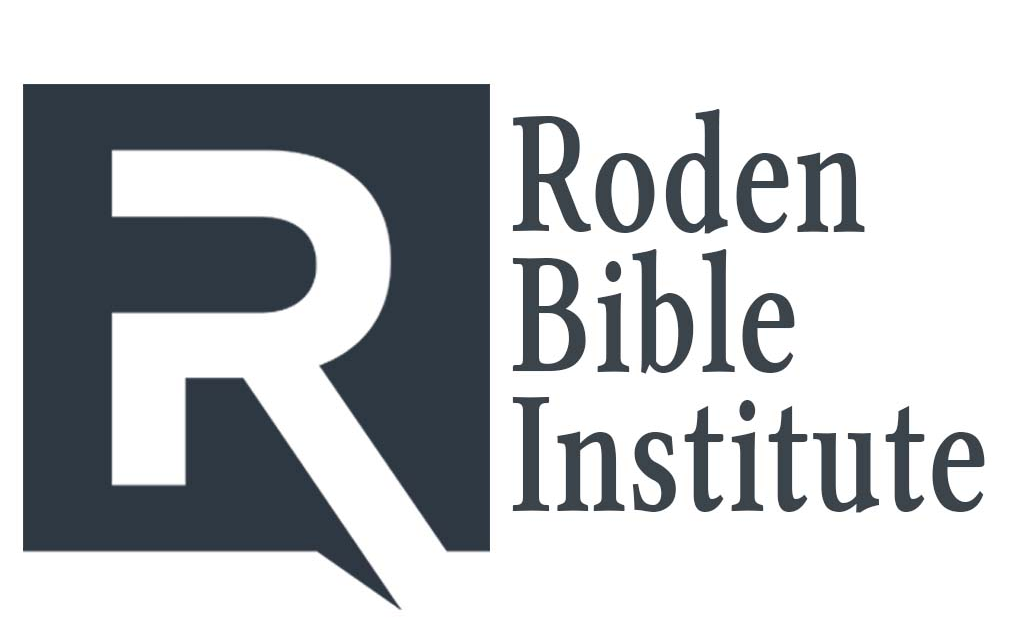 My Struggle with Christian Legalism and Alcohol 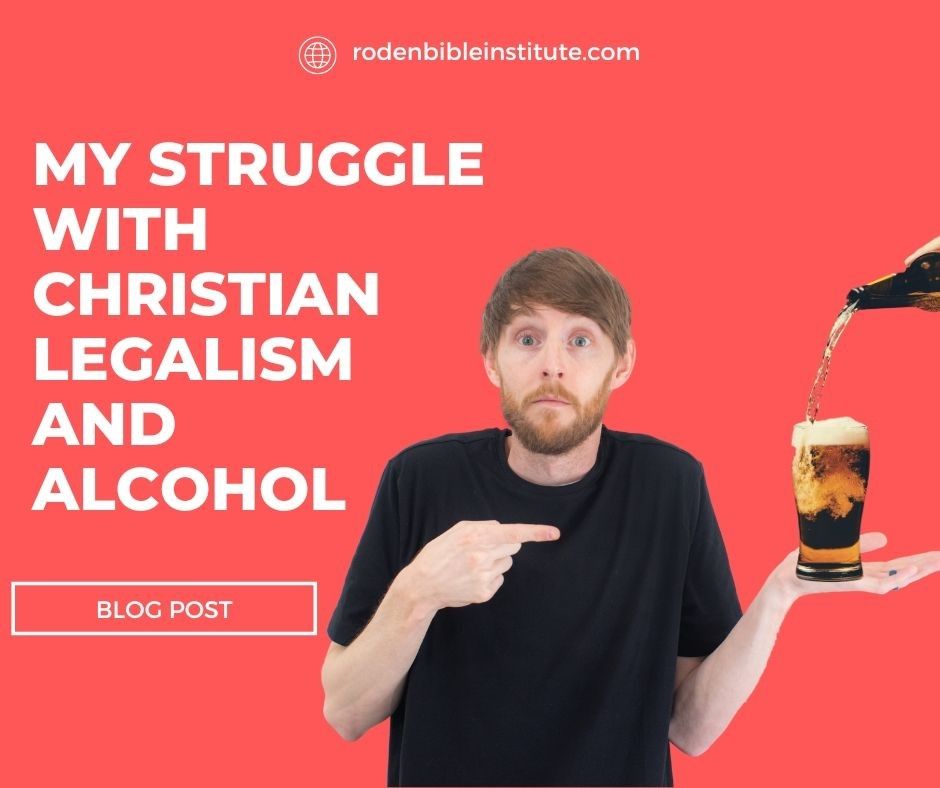 I joke with people that I come from a long line of preachers and moonshiners–and that those two are not always mutually exclusive!

My family comes from the deep south. My dad was raised in a poor home in the Appalachian foothills of Alabama. While my mom’s family comes from L.A.–Lower Alabama. In both families, there were battles with alcohol addiction and at the same time family teachings vilifying alcohol in all forms and at all times. This resulted in a pretty stark dividing line between those who “drink” and those who go to church.

Drinking and church-going were seen as mutually exclusive.

If you are from the South or spent time in a conservative Christian area, you probably know exactly what I am talking about here. Christians do not drink alcohol, and if they do they feel guilty about it later or hide it from others. What’s that old joke? What is the difference between an Episcopalian and a Baptist? The Episcopalian will talk to you when they see you in the liquor store!

This dividing line of alcohol has been something I have wrestled with in my own life.

My father’s father was an alcoholic for most of his adult life. It was a continual struggle that led to the fracturing of his marriage to my grandmother, the splitting of his family, and resulted in him being married to six different women–the Alabama state limit at the time. My mother’s father also had his own battles with alcohol which led to the divorce from his first wife, my grandmother, and then separated him from his own kids (my mother and my uncle) for a large portion of their childhood. I say all that to say–I have seen what alcohol can do to a family.

Thankfully, by the grace of God, my parents did not go down the same paths their fathers went down. In fact, my dad as a teenager became a preacher, and I have lived my entire life as a preacher’s kid. Some of you are rolling your eyes now at “those preacher’s kids” that you knew. I wasn’t “that kid” at all. I was the kid at church every time the doors were open, took the Bible to heart, and never once in high school tried any form of alcohol. And I was dang proud of it.

My family had swung from one view of alcohol to the other in one generation. Alcohol was reviled, outlawed, and strictly seen as a negative life-altering liquid. I get why my parents felt that way. Both of their fathers brought hell into the lives of their families due to alcohol.

I was in college when I began to reassess my views of alcohol. 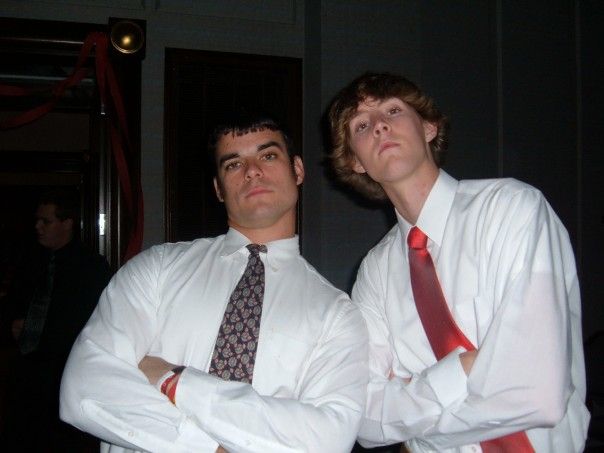 The college I went to is a small Methodist college not too far from where my parents lived. Again, I was not the party type, even in college. However, Methodists, in general, do not have the same aversion to alcohol that Baptists do–even in the south. In college, it was commonplace for me to see true “real deal believers” drinking a beer at a game or having wine with their dinner. I was around alcohol more in my freshman year of college than I was my entire life leading up to that point. Even the girl that I was dating in college would have a drink when she was out with friends. And that was when I first remember thinking my views on alcohol were legalistic and not biblical.
One night she had been out with some friends at a sorority party. In your head, you are probably thinking of a scene from Animal House. It wasn’t like that at all. Just 20-30 college girls at a local pub grabbing food and hanging out. When she came back, I could smell alcohol on her breath. Nothing excessive, just the scent of alcohol. For some reason, it made me so mad that she would have a drink with her friends. She was not someone who drank a lot, she was over 21, and she wasn’t someone who “struggled” with alcohol. Yet I was very upset about the whole thing. I remember thinking “I cannot be with someone who drinks.” It did a number on me.

As the years have gone by and my understanding of myself has grown greatly, I have felt convicted about how I reacted in that moment. I was battling with my own misunderstandings of the freedom and liberty we have in Jesus Christ. I am not here to write a treatise on all the biblical accounts of alcohol. There are articles, blog posts, and even books covering this topic. I am just here to share my spiritual journey on this topic.

A few years ago I began teaching a university class on John’s Gospel, which I taught for around 5 years. In this course we detailed Jesus turning water into wine at Cana. Look at what the text says here in John 2.

John 2: 10-11“And he said to him: ‘Every man at the beginning sets out the good wine, and when the guests have well drunk, then the inferior. You have kept the good wine until now!’ This the beginning of signs Jesus did in Cana of Galilee, and manifested His glory, and His disciples believed in Him.”
Literally, the first sign miracle that Jesus performs is turning water into wine! This was legitimate wine with alcohol which we can see based on the comment the master of the feast says in verse 10. Jesus created this wine for the guests of the wedding to enjoy and take pleasure in.

(For a more in-depth study on this passage see our course “New Beginnings” where we detail the entire event in John 2.)

Then again in the upper room, the night before Jesus is to be crucified, what do they drink? Wine! What is often the sign of the New Covenant of Christ? Wine! That smacked my legalistic views of alcohol in the face. I realized if you would have ever asked me “Is drinking a sin?” I would have answered no it is not a sin. However, I was treating someone who was drinking, even just socially with no drunkenness, like they were sinning! That was clear in my reaction in college.

I had this deeply rooted aversion to alcohol that was in reality legalism.

So where am I now?

Honestly, I still do not drink alcohol, but not because I think it is a sin. There are a handful of reasons I can give. I don’t really like the way it tastes. I am a tightwad and water is free at restaurants. I am a pastor in the south, and it is still a big “no-no” for most of my church members. But those are surface-level reasons.

Ultimately there is one reason I do not drink–the negative side of alcohol outweighs the benefits.

Some of you will disagree with me. You may still think I am legalistic. You may even call me old-fashioned. “Jeremy, you should come live with us here in 2023!” When I recall the stories my dad has told me about the devastation, literal devastation, that alcohol brought to his life as a kid–I make a life choice for my two girls. It is not worth it. Whatever good feeling, whatever good taste, whatever social stimulation it may bring, is not worth even the possibility of my life being ruled by alcohol.

Paul teaches in 1 Corinthians 10:23 “All things are lawful for me, but not all things are helpful.” For me, alcohol is not helpful and therefore is left out of my life.

That does not make it a sin to drink, but for me, it is just not worth it.

“Oh Jeremy, you are being dramatic!” Maybe. But for me, the risk is not worth the reward.
Empty space, drag to resize
Jeremy Roden has a MDiv from Liberty University where he concentrated in New Testament and Preaching. Jeremy has worked in higher education for over 10 years, has 15 years experience in church ministry, and has several publications. Jeremy, his wife Cydney, and their two daughters reside in Alabama.

Get updates on our blogs, devotions, and more right in your mailbox. We won't spam you....promise!
Thank you!
Created with